An Ancient Egyptian city named Heracleion or Thonis was unexpectedly discovered near Egypt’s modern coastline. It was a surprising discovery as the city was dismissed as a legend or folklore.

The significance of Heracleion has been demonstrated by the finding of 64 ships, which is the biggest numberof ancient vessels ever found in one spot. In addition to these ships, 700 anchors were found on the sea floor!

Among the other antiques found at the archaeological site, following are the photographs of a notable few:

Colossus of a Ptolemaic Queen

This is a 16 foot tall statue of a Ptolematic Queen found near the ruins of the temple. The statue is said to weigh about 4 tonnes. 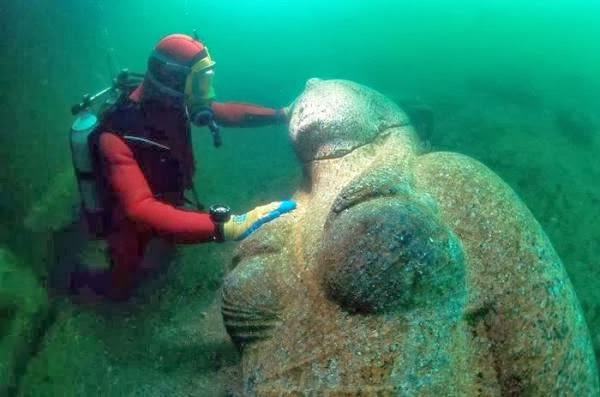 Head of a Colossal Statue

This is another huge statue of the god Hapi. The statue is 18 feet tall and made up of granite and diorite. The unusual finding is that the integrity of these holy statues is quite maintained even after being underwater for so many years. 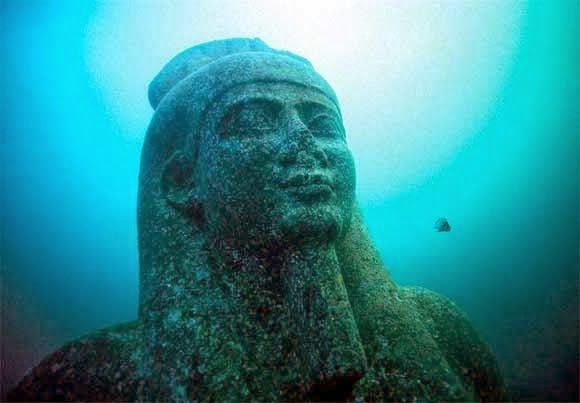 Frank Goddio, a French archaeologist, was in for a surprise when he went out to look for 18th century warships near the Alexandria coast. A huge statue face rising from the deep waters indicated that the archaeological team had gained more than what they had bargained for. 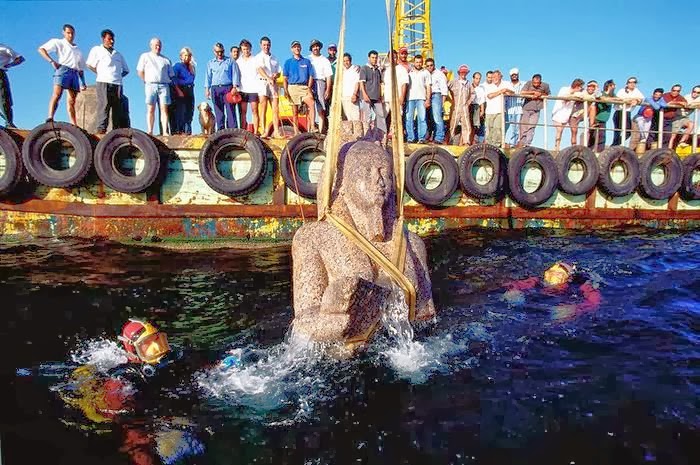 A lower portion of a grand red granite statue was also found here. 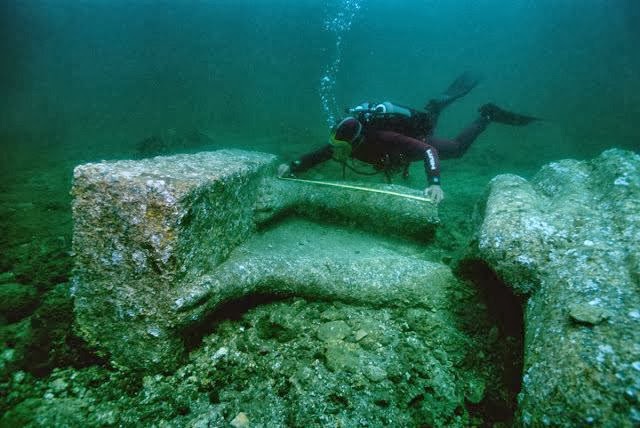 Amongst the other artifacts intact was an oil lamp made of bronze. 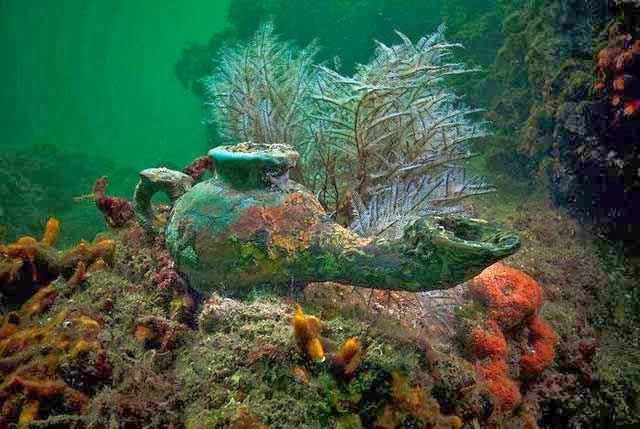 This Heracleion Stele resembles the Stele in the Egyptian museum in Cairo. The Stele was found mostly intact with the inscriptions undamaged by the weathering effect of water. 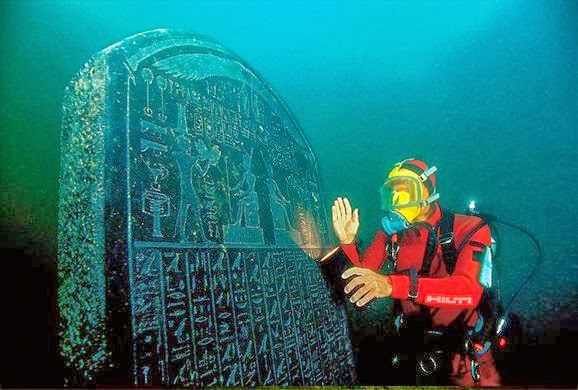 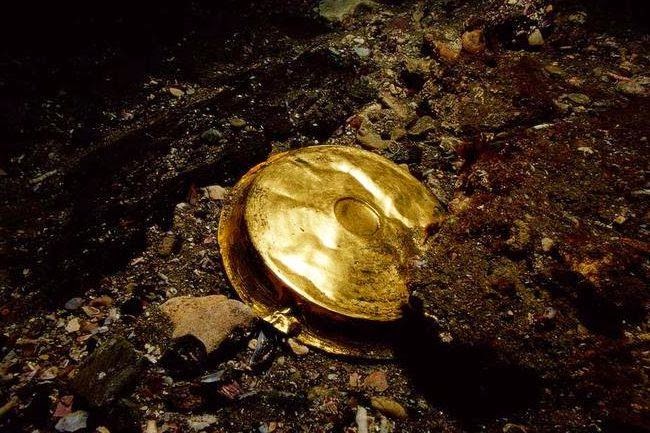 Bronze Statuette of Pharaoh of the 26th Dynasty